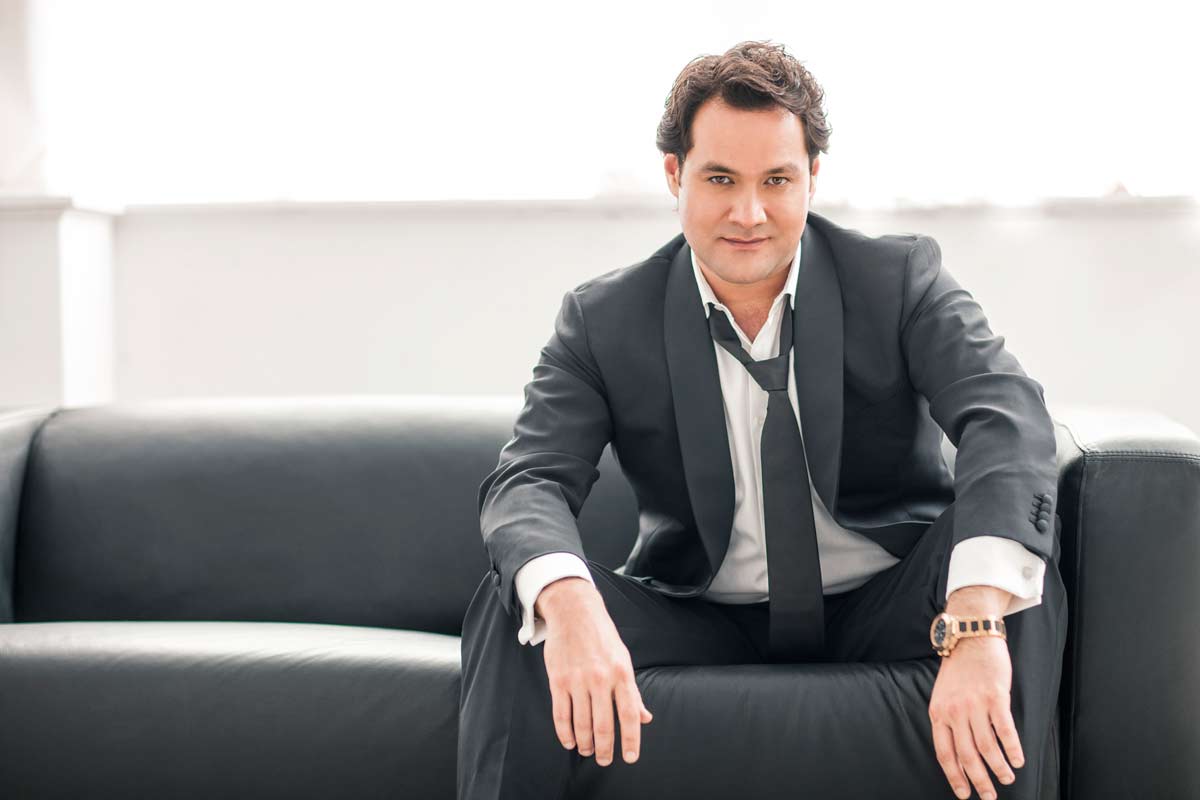 This winter »In Concert@Badrutt’s Palace« is threefold: with Ildar Abdrazakov on 4th January 2015, one of the most sought-after opera stars in the world, followed by Toto Cutugno on 8th January 2015 and former Supertramp singer and songwriter Roger Hodgson on 30th January 2015 – all three have become exceptional international artists in their respective fields.

Guests experience the world stars in the unique and intimate atmosphere of the ›Embassy Ballroom‹ as part of »In Concert@Badrutt’s Palace«, the back to back series of events and music which is now in its third winter season. This offers an excellent opportunity to visit a concert and round off with dinner in the newly opened ›Matsuhisa@Badrutt’s Palace‹ (from 19th December), the premium restaurant of the legendary celebrity chef Nobuyuki Matsuhisa, better known as Nobu.

Get in the mood with a video of Roger Hodgson at its best:

For more information and reservations email inconcert@badruttspalace.com or call +41 (0)81 837 2659.

The opera bass Ildar Abdrazakov appeared at La Scala in Milan for the first time when he was 25. Since then the Russian singer has regularly taken to the stage in the leading opera houses around the world. In the 2014/15 opera season

he slips into the role of Figaro in Mozart’s »Le Nozze di Figaro« and toreador Escamillo in Bizet’s »Carmen« at the Metropolitan Opera New York. In addition, Abdrazakov can be heard at the Salzburger Festspiele and on tour with Anna Netrebko. His powerful yet refined voice coupled with his compelling stage presence have prompted critics to hail him as a “sensational bass…who has just about everything – imposing sound, beautiful legato, oodles of finesse” (The Independent). Since 2007 Ildar Abdrazakov has been an ambassador for the Zegna & Music project, a philanthropic initiative founded by Ermenegildo Zegna to promote music and its values. Abdrazakov’s concert attire is therefore provided by the internationally renowned designer. The Russian star is performing at Badrutt’s Palace Hotel on 4th January 2015 together with the singer Elena Maximova, accompanied by Mzia Bakhtouridze on piano.

Toto Cutugno was born in Tuscany and first made a name in his musical career as a songwriter. In 1975 he wrote the song »L’été Indien« recorded by Joe Dassin, which was later to become an international hit. After a while performing with his band »Albatros« he plucked up the courage to go solo in 1978 and in 1980 he won the San Remo Music Festival with his song »Solo noi«. There followed numerous musical successes. In 1987 he brought out his album Mediterraneo, which was awarded with gold and platinum discs. Cutugno also shone as the TV presenter of the Italian show »Domenica IN«, until he won the European Song Contest in Zagreb in 1990. After various appointments in the TV business Cutugno returned to the studio in 2001. »Il treno va«, as well as other songs, some with singer Annalisa Minetti, were greatly instrumental in his rise in popularity. Since 2010 Toto Cutugno has been touring the world and collaborating with many national and international artists. At the 2013 San Remo Music Festival he received an accolade for his career in music.

About Roger Hodgson (formerly of Supertramp)

Roger Hodgson is recognised as one of the most gifted composers and songwriters of our time. In 1969 he played a crucial role in the formation of the rock band Supertramp who he performed with for 14 years. He wrote and sang most of the songs which led Supertramp to an international breakthrough and sales of around 60 million record.