From Tennis to Tuna… 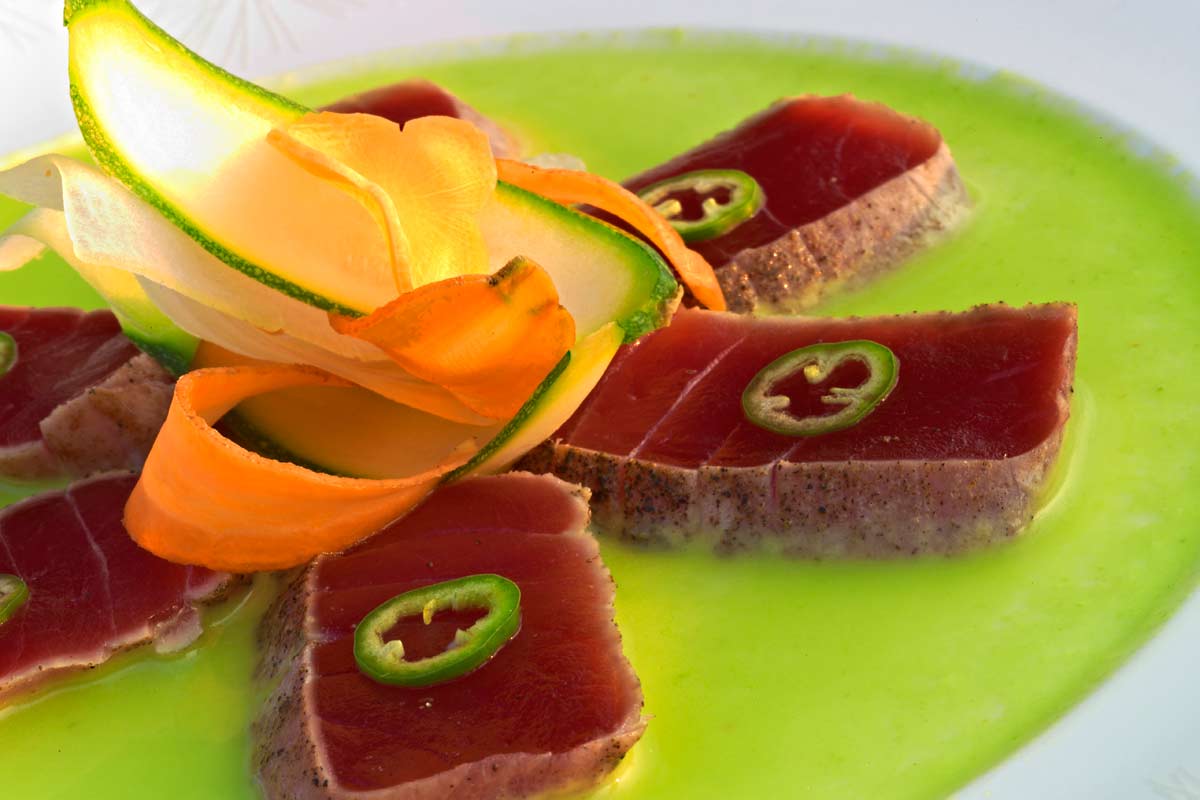 The Japanese star chef Nobuyuki Matsuhisa – better known as Nobu – is changing his restaurant concept after almost ten years in the legendary luxury hotel of St. Moritz, from ›Nobu@Badrutt’s Palace‹ to his premium brand Matsuhisa. One of only six Matsuhisa Restaurants worldwide, it will be unveiled on 20th December 2014 with its Grand Opening in the former first tennis hall in Europe. The celebrity chef will be present in the kitchen for the first few days, answering guests’ questions and signing his book »Nobu: The Cookbook« on request.

In his Matshuhisa restaurants Nobu underlines the creation of a myriad of special gourmet dishes consistently of the highest quality and in an intimate atmosphere. Regular guests such as Madonna, David und Victoria Beckham and Kate Winslet have already been dining on unforgettable Sushi and Sashimi plus a wide selection of vegetarian, Japanese and South American dishes at the original Matsuhisa-Orignal in Beverly Hills for years.

›Matsuhisa@Badrutt’s Palace‹ opens in December 2014 just in time for the festive season, skilfully fusing the art of Japanese and Peruvian cuisine. »Black cod«, »Yellow Tail Jalapeno« and »Rock Shrimp Tempura« are among the specialities. “I always put something special in my food – my heart, or “kokoro” as we say in Japanese,” Nobuyuki Matsuhisa comments on his success.

The new Gourmet Hotspot seating a total of 108 is fascinating not only for its passionately prepared menu but also for its unique interior design. The Martin Brudnizki Design Studio from London was adamant that it should not seem out of place in the hotel. Moreover classic elements should mix with modern to lend it a certain stylish twist. One example being the original riveted steel girders of the tennis hall which cross the glass dome. The dome itself offers guests a view of the St. Moritz landmark, the Badrutt’s Palace Hotel tower, as well as being the restaurant’s focal point and its namesake in one. “›La Coupole‹ should also be used for private occasions and events. My personal favourite will be our »Magic Table«,” says Hotel Director Hans Wiedemann, letting us into a secret. This is a private dining room for about 10 people, which goes hand in hand with the aspect of privacy, a cornerstone of Matsuhisa’s philosophy. While guests take part in a wine tasting in the private lounge, separated by barely visible doors, the table is laid in the neighbouring room. This means that it is even possible to change the table decoration between courses – as if by magic. Further interesting features of the former first European tennis hall, where the International Tennis Federation’s world championships were played in 1922 on its wooden parquet floors, are the Sushi Bar and the open showcase kitchen behind it. An interesting mix of historical photos, which are cleverly arranged on the restaurant walls, provide guests with a look back into the hotel’s rich history. A cocktail bar with comfortable lounge chairs invites guests to sample Nobu’s signature cocktails in a relaxed ambience.

At the age of 24 Nobuyuki Matsuhisa moved to Lima, Peru, where he opened his first restaurant. This period had a lasting influence on Nobu. From that moment on he began incorporating Peruvian influences into his cooking and laid the foundations for his individual specialities. After furthering his career with stints in Argentina, Japan and Alaska he moved to Los Angeles where after nine years Nobuyuki opened the first Matsuhisa in Beverly Hills in 1987. There are five Matsuhisa restaurants worldwide in Beverly Hills, Aspen, Mykonos, Athens and Vail. Characteristic of the pared down Matsuhisa philosophy there is a highly controlled expansion in only a select few destinations.

In summer the location can be booked for events (price on request).