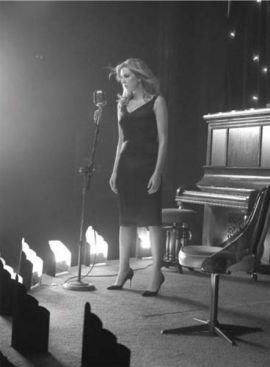 The 66th Monaco Red Cross Gala will be held on Friday, August 1st 2014, in the presence of H.S.H. Prince Albert II, President of the Monegasque Red Cross and H.S.H. Princess Charlène, in the enchanting surroundings of the Salle des Etoiles – Sporting Monte-Carlo. For the organization founded in 1948 by Prince Louis II, this fabulous evening pays tribute to donors generosity, whose loyalty and faith allow to grasp the importance of its heavy task around the world. Supported and guided by the convictions of H.S.H. Prince Albert II, its President, the Monegasque Red Cross has continued to expand its action in the face of tragedies and disasters that plague men, women, children, all over the world, every day. In the year 2013,the Monegasque Red Cross multiplied its programs and international aid missions, and spent over 970,000 euros to alleviate their plight. The 66th Monaco Red Cross Gala promises to be unforgettable thanks to the presence of exceptional artists, selected and invited by the Group Monte – Carlo Société des Bains de Mer’s Artistic Direction. After a surprising aquatic show,guests will be greeted by the Zhang Zhang Band, led by a violinist from the Monte-Carlo Philharmonic Orchestra.

This year, the Gala committee is honoured to welcome Diana Krall who will perform with natural sensuality, the great jazz standards. With fifteen albums to her credit, the captivating Canadian singer and pianist is one of her generation’s most brilliant jazz artists. In 2004, this talented and charming singer released her first original album ‘The Girl in the Other Room”, composed with her husband Elvis Costello. Her latest opus Glad Rag Doll (2012) revisits 1920s and 1930s vintage hits, alongside country and blues songs.

The concert will be followed by a scintillating fireworks display. Finally, Justin Caldwell and Erin McCarley, singers and guitarists from «The Sporting Summer Band» will extend the evening to the tune of dance music.