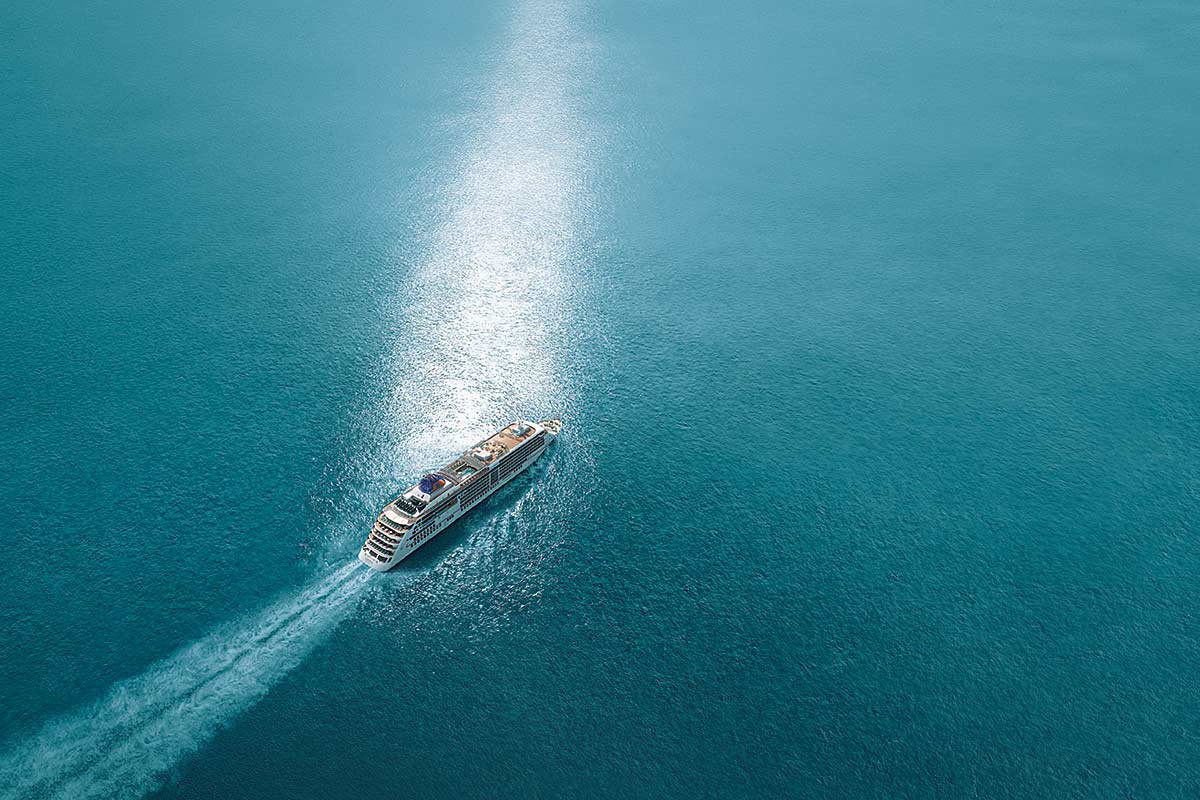 After 13 days at sea, the MS Europa 2 docked in Hong Kong. Following on from four stops on Borneo, it reached the picturesque archipelago of the Philippines a week ago. Putting into the island of Bohol, the first item on the agenda was a visit to the famous Chocolate Hills. Only a short distance away, the visitors caught a glimpse of the shy tarsiers, those bizarre nocturnal creatures whose eyes seem nearly half as big as their tiny bodies.

The MS Europa 2 later cast its anchor off the touristic hotspot of Boracay, whose (literally) White Beach was recently declared by “travel & leisure” magazine to be the most beautiful in the world. What are known as tender boats shuttle back and forth to bridge the gap to the island’s party mile. And those who couldn’t believe their eyes on spying the turquoise hue of the waves were utterly lost for words on arriving at the deserted island of Malcapuya in an inflatable Zodiac. Leaving behind the deep blue that surrounded the ship, the waters morphed into a surreal jade green before reverting to the more customary glowing turquoise atop the coral reef. Just a few yards out from the fine, powdery beach, whose gleaming white sand contrasts so strikingly with the sea, the snorkelers found themselves swimming in the company of everything from small, darting sharks to leisurely, majestic turtles.

At the midday barbecue on the island, the chefs conjured up virtually all the specialties on offer at the various on-board restaurants. Small wonder that the MS Europa 2 has been dubbed the “gourmet cruiser”.

In the night before the two-day crossing to Hong Kong, scarcely any of the good 300 passengers, as they closed their eyes in their luxurious 42-m2 Veranda Suites, can have failed to relive the marvelous spectacle of this dream-like island in the Visayas at the heart of the Philippines.

Arrivederci, MS Europa 2, see you again soon – perhaps between Madagascar and Mauritius, rounding the shores of Patagonia bound for Antarctica, navigating India’s Malabar coast, or even traversing the Mediterranean from Malta to Monte Carlo…