VAULT KARAKOY, THE HOUSE HOTEL OPENS ITS DOORS TO GUESTS 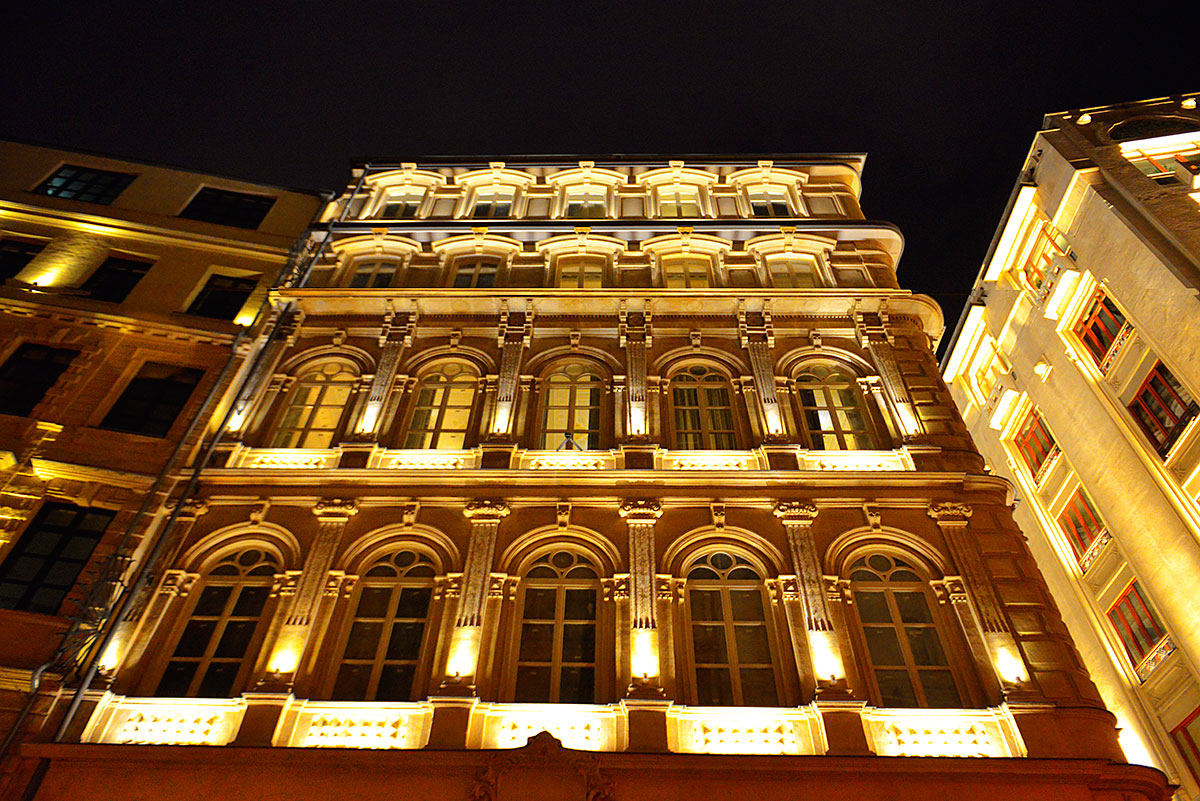 Opening in March 2014, the hotel is located in the up-and-coming district of Karaköy on Bankalar Caddesi (The Avenue of Banks)—the glory of Constantinople’s financial district—and is a convenient launching pad for exploring bohemian Beyoğlu and historic Sultanahmet. The hotel has a total of 63 rooms including 5 suites on 9 floors, some with views of Topkapı Palace and the Spice Market. It occupies two back-to-back historic buildings: the neo-Renaissance 1863 former Credit General Ottoman (later the Sümerbank headquarters) and the erstwhile community centre of the Neve Shalom congregation (known as the Cemaathane). Purchased by the Ulusoy Group in 2010, over 40 million USD was spent on the refurbishment of these buildings.

Restored by the Agha Khan award-winning Turkish architect Han Tümertekin, the structure retains original features such as marble staircases and fireplaces, intricate stenciled 5m-high ceilings, ceramic tiles and crown moldings. The luxurious modern interiors were designed by Sinan Kafadar of the Metex Group who was inspired by its imposing bank vaults, which also gave rise to the hotel’s name. Guests are welcomed into a lofty, colonnaded lobby whose design reflects its past: the reception resembles a bank teller and there are framed bonds on the walls. The lobby includes an all-day dining area serving Turkish and International fare, a grand piano, as well as an impressive circular gold bar area that incorporates a bank vault in its unique design.

Opening in early 2014, the terrace of the Cemaathane is planned to be home to a fine dining restaurant with a view over the Golden Horn and Sultanahmet. On the lower levels, there will be a wine cellar, four meeting rooms and an extensive spa that houses a Turkish Hamam, gym, as well as a sauna, steam rooms and treatment rooms.

Continuing to offer affordable luxury and intimate service in settings that are unique to Istanbul, Vault Karaköy, The House Hotel aims to be a meeting point of old and new.