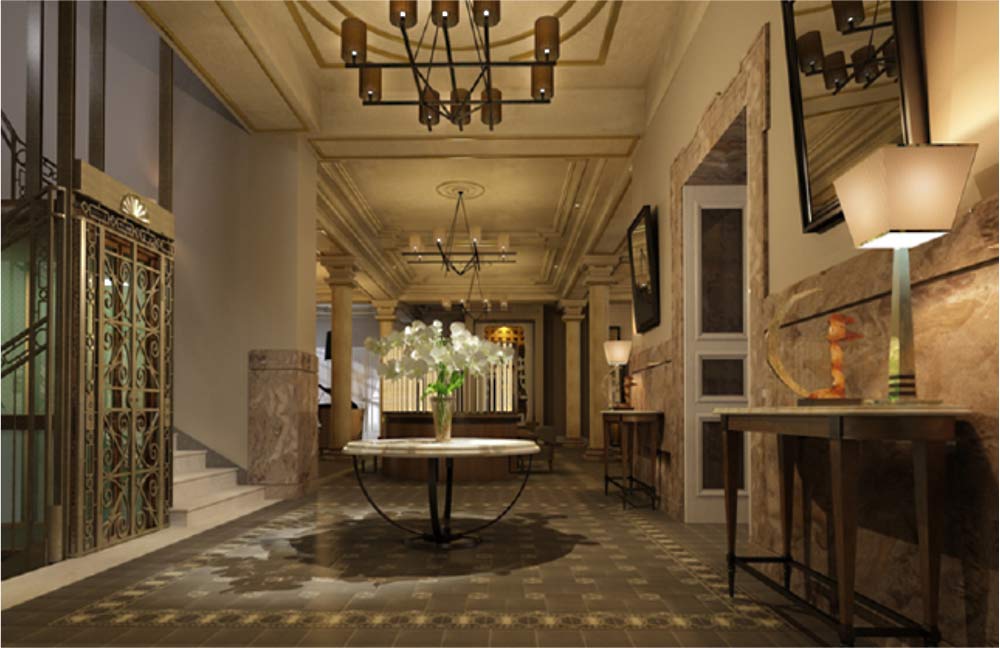 The Vault Karakoy in a former Credit General Ottoman Bank (1867).

A most substantial building on Bankalar Street in the district of Karaköy, the Historical Sümerbank Building was built in 1867 by the Istanbul-born Italian architect Antoine Tedeschi in neo-Renaissance style. It has been the house of Credit General Ottoman, Deutsche Bank, and Sümerbank respectively. Following its purchase by Yılmaz Ulusoy Holding in 2010, the restoration and restitution works of the building started. The Sümerbank Building is a first-degree historical monument and because of its location has an amazing panorama of the Galata-Topkapı palace & spice market. In total, there will be 63 rooms in the building, including 5 suites with breath taking views on the old peninsula. In addition to a gourmet restaurant, there is a wine cave in the building as well as social facilities, a gym and a large spa.

The interior of the building was designed by famous Turkish architect Sinan Kafadar, Metex Design Group, who wanted to keep the original soul of the building. Principally they have set their design language in such way that everything fixed would reflect the original period of the building such as marbles, walls, ceiling paintings and the vaults. If we turn the building upside down, whatever falls down, are the new elements such as, lighting fixtures, furniture, art and accessories.

They have preserved the giant historical safes on the ground and the basement floors in order to enrich the architectural wealth of the structure. One of the vaults that belongs to the original building was kept and used as an alcoholic beverage cabinet behind the bar area. Original Share Certificates have been used as art pieces on the walls. All the lighting fixtures and furniture has been designed and produced as custom made.

The House Hotel Group is approaching this project in a whole different manner than its current hotels and projects, due to the uniqueness of the property with its history, location, restoration process and facilities.

Obviously the hotel is located between the 2 Istanbul in respect to the different eras;  the old, historical Istanbul (Sultanhamet area) and the new, vibrant Istanbul (Karakoy upcoming neighbourhood). Thus, the Vault Karakoy aims to be the “meeting point” of the old and the new Istanbul.

This is why the House Hotel has taken the decision to appoint a curator who will select artworks from Yilmaz Ulusoy’s personal collection to spice up the hotel’s take on contemporary art.

Over the years, the Istanbul Biennale and other major art fairs have turned into major international art events in the region and the luxury clientele is not only on the look-out for hotels that have style and vision, but also have a distinctive point of view on art. Bringing a curator on board today means that the hotel lives closer to the cultural dynamics of the city and can better interact with the local art scene.