“NOTHING IS TOO BIG FOR US”: MISSION MADE POSSIBLE WITH ANGELO MARTINELLI 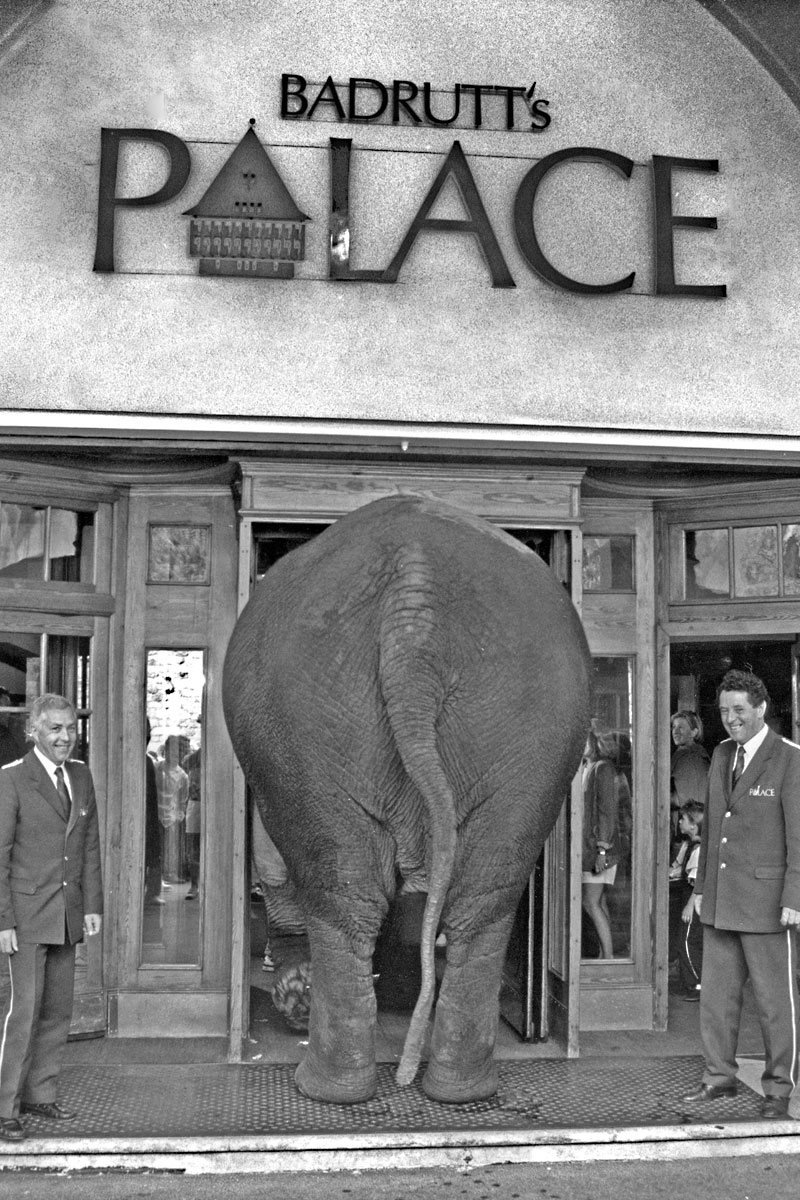 Around 70 percent repeat guests, a history of over 100 years and now a member of staff who has remained loyal to the traditional hotel in St. Moritz for 50 years: for Resident Manager Angelo Martinelli there is no such thing as an “extraordinary” request – he has seen everything from an elephant in the lobby to an exclusive pop concert in a guest’s room.

A man of the old school and full of character such as Italian Angelo Martinelli is a rarity in the international hotel industry. On 18th December 2013, the 69 year old Resident Manager celebrates his Golden Jubilee in Badrutt’s Palace Hotel. The average length of stay for the staff here, who are 520 strong in winter, is actually very high – 50 members of staff have been working here for over 20 years and 17 as many as 30 years and more – but with his 50 years Martinelli holds a clear lead in the loyalty stakes.

“In my first few months at Badrutt’s Palace Hotel I always thought that our regular guests were ignoring me as a newcomer. They made a beeline for Mr Martinelli. I had to earn my place,” Hans Wiedemann, Managing Director and Delegate of the Board says with a smile. He is particularly proud of the spirit in the hotel which not only manifests itself in the staff in the new hotel film “A Palace Story” (www.badruttspalace.com), but also in the daily running of the hotel as they all act out the slogan “Nothing is too big for us” – or as majority shareholder Hansjürg Badrutt likes to say, “In Badrutt’s Palace Hotel we always take a bit longer to say ‘No’.”

The modest Angelo Martinelli could recount numerous examples of just this, as one of his main roles is mixing with the regular clientele. However, even after 50 years, no request is too unusual or absolutely impossible. From a pop concert by a famous band in a guest’s room, or a ski run being opened at night exclusively for a small group of friends, to particular birthday requests such as an elephant in the lobby or a camel race on the frozen lake St. Moritz – the longstanding member of staff has made all manner of impossible requests possible.

Angelo Martinelli is known by his colleagues as a walking dictionary of guests’ preferences and he records every one – in his head. Martinelli’s career in the glamorous winter sport resort began in the winter of 1963/64 when he started off as Commis de Rang in the Corviglia Club Chesa Veglia and first of all had to get used to the jet set life of the guests. “I thought I would just work this one winter season and never come back. It was all too crazy for me!” says Martinelli today. But it was several other colleagues who came and went – Angelo Martinelli remains to this day. Early on in his career he used the summer months to gain some international experience in other renowned hotels, so his CV also includes among others Munich’s Bayerischer Hof, The Dorchester in London and Maxim’s in Paris. Today he particularly likes working on New Year’s Eve in Badrutt’s Palace Hotel in order to see the guests in all their finery and enjoy the stylish atmosphere with everyone. When the hotel closes between seasons Martinelli is not very partial to taking a holiday. The Resident Manager prefers to visit some of the regular hotel guests to thank them for their custom and loyalty to Badrutt’s Palace Hotel. When asked why he has not yet left and taken retirement, he always replies quite calmly with another question, “Why should I stop? The hotel is my family!”