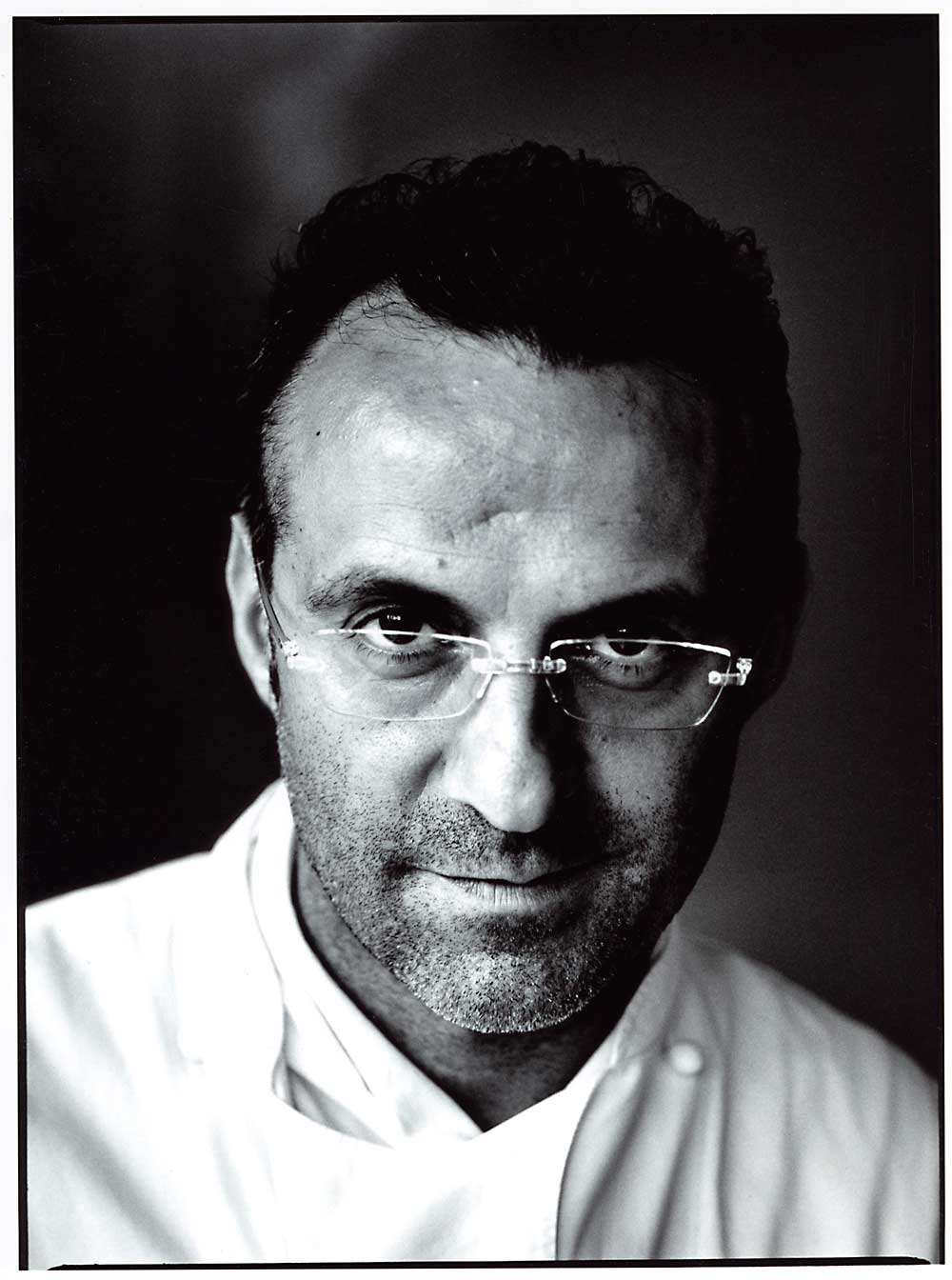 Dreaming pays off, “Impossible is Nothing.”

The Michelin Guide bestows its ultimate rating on contemporary
restaurant in the heart of Modena. The highest honour from arguably the
world’s most revered restaurant guide has been awarded to the 11 table
establishment belonging to chef-patron Massimo Bottura, one of the
world’s most creative culinary forces.

[portfolio_slideshow]
“If the understated sophistication of the dining room recalls elegant
Franciscan simplicity, all traces of an osteria have become a distant
memory through the intellectual creations of the chef, the prophet of an
avant-garde and conceptually innovative kitchen who evokes childhood
memories and Modenese flavours.”
Italian Michelin Guide 2012
Responding to the news Massimo Bottura explained:
“I began dreaming about Michelin when we opened Osteria Francescana
in 1995. We were awarded a two-Michelin-star rating in 2006 and have
maintained it ever since until today when Michelin bestowed their ultimate
rating, a much coveted third star. The road to acquiring these stars has
been long and arduous but this news confirms that it has all been worth it:
the sacrifices, especially regarding family and friends, the discipline and
the dreams. I speak for my staff as well as myself.”
He continued,
“I always advise young chefs to believe in their dreams. And today I say
with more confidence than ever before: ‘Impossible is Nothing’.”
Massimo Bottura opened Osteria Francescana in the heart of Modena in
1995. It was awarded its first Michelin star in 2002 and the second four
years later. Since then Osteria Francescana has engaged in a profound
exploration of territory and tradition which expresses itself in the absolute
concentration of flavours guided by conceptual premises.
“The synthesis of our kitchen relies on an intelligent evolution of Italian
traditions, reverence for technique and symbiotic relationships with our
artisans.”
A key figure amongst a new generation of chefs, Massimo Bottura has
witnessed Osteria Francescana unanimously ranked top by L’espresso,
Gambero Rosso, and Touring guides this year. Currently resting at 4th
position on the S.Pellegrino World`s 50 Best Restaurants listing and voted
the best restaurant in Italy for the past 3 years, the restaurant is also the
current holder of the S. Pellegrino World`s 50 Best Restaurants “Chef`s
Choice” award, voted for by the rarefied group of chefs from the top
50 establishments. The restaurant’s 3 Michelin stars now sit comfortably
against this year’s “Grand Prix de