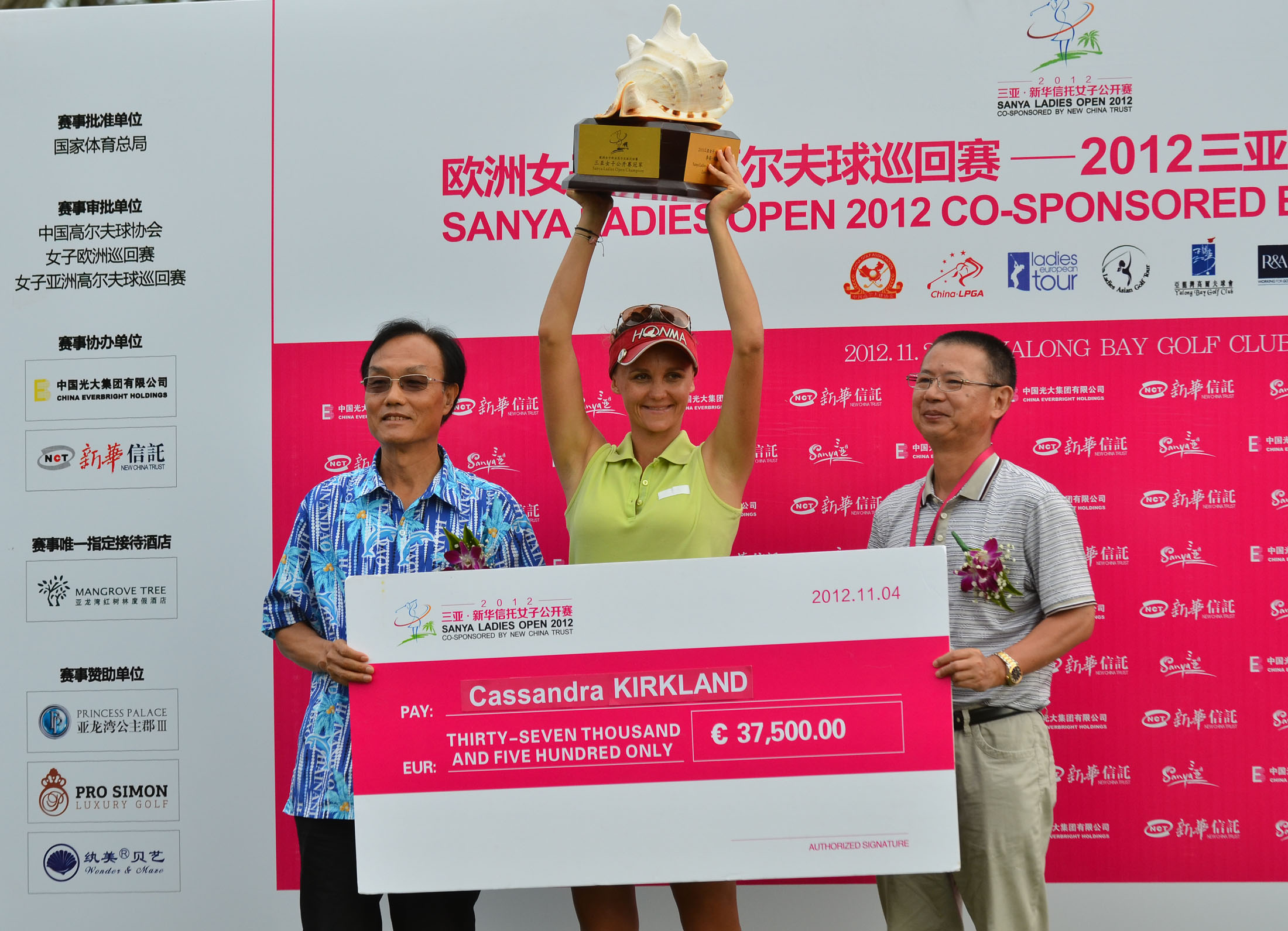 Cassandra Kirkland of France came from a stroke behind to claim her first professional title at the Sanya Ladies Open in China. The 28-year-old from Paris held off stiff opposition to post a final round 70 on a hot and breezy final day at Yalong Bay Golf Club. She ended two strokes clear of fellow Frenchwoman Jade Schaeffer and England’s Holly Aitchison, with a further nine players a stroke back in a tie for fourth.

Kirkland moved from 90th to 45th on the ISPS Handa Order of Merit and when asked how she would celebrate her victory, she replied: “I’m going with a couple of friends to Shanghai tomorrow so maybe I will celebrate when I go home with my family and friends.”

At the prize giving ceremony, Kirkland was driven up the fairway in a golf cart with the French flag flying above before she and caddies from Yalong Bay Golf Club released doves into the sky to symbolise the ‘friendship and freedom of golf.’

The Ladies European Tour now takes a three week break before heading to Gurgaon near Delhi for the Hero Women’s Indian Open, from November 30-December 2.