Superlative summer events on the top of the world! Part 2 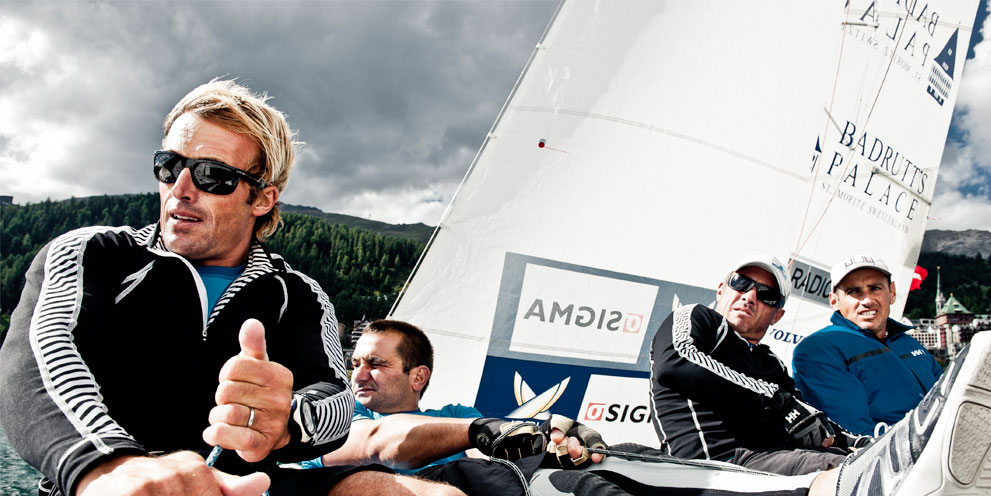 The St. Moritz Match Race, pinnacle of professional yacht racing in Switzerland and the fifth stop on the World Match Racing Tour, celebrates its tenth anniversary this year. Twelve teams are scheduled to race, among them six of the top ten in the world, due to go up against the best Swiss team. A formidable duel is expected to play out between the Southern Hemisphere teams and the European leaders. Four teams from New Zealand and one from Australia will go up against seven European teams – one from the UK, two from Sweden and one from France – as well as three more to be announced soon including the winner of the Swiss Match Racing Championship.

St. Moritz Match Race is much more than just a regatta, for the international racing community its unique selling points make it a ‘must do event’: racing is held on an Alpine lake perched at an altitude of 2,000m, the surrounding landscape is breathtaking and the warm welcome from the people and organisers, unforgettable.

The Badrutt’s Palace Hotel is the partner hotel of the St. Moritz Match Race.

3 Nights Package in a Superior Room

Upgrade to next room category upon availability at time of check-in; sweet welcome gift from our Patisserie upon arrival; extensive buffet breakfast; free use of refreshment bar, movie channels, WiFi Internet access in all areas and free newspaper; 3 set dinner in cosy «Chesa Veglia» or in one of the Palace Restaurants (each excluding beverages); 2 hours of cruising on the “Badrutt’s Palace” sailing boat with skipper; transfer to/from Sailing Club St. Moritz; classic massage per person (50 minutes); tickets for all mountain railways and public transport in St. Moritz and surrounding area; transfer to/from Corviglia mountain railway.

additional night including half-board upon request and availability