The most beautiful stadiums of UEFA EURO 2012, Part IV 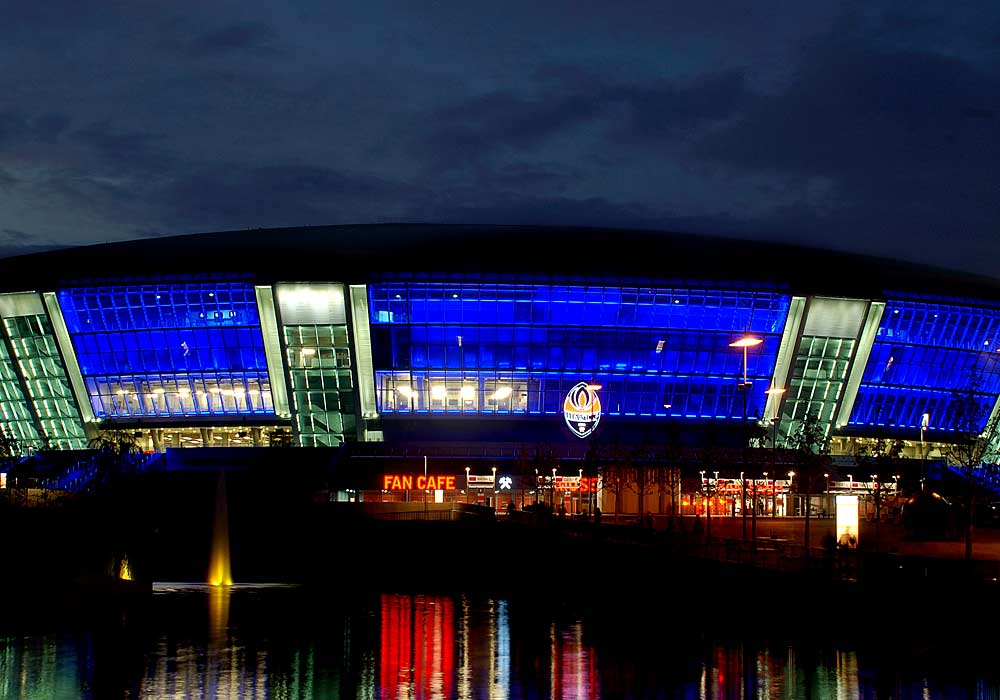 Donbass Arena was designed by ArupSport, who also designed the City of Manchester Stadium (Manchester, England), Allianz Arena (Munich, Germany) and the Beijing National Stadium (Beijing, China). The soaring roof effect makes the Stadium resemble a flying saucer. The stadium has an oval shape and a glazed façade and is located near Regional Sport Complex Olimpiyskiy. The roof of the stadium slopes from north to south matching the landscape and contributing to the natural lighting and airing of the pitch. The external lighting makes the Stadium shine at night.

The project of new stadium “Donbass Arena” was conceived long before Ukraine was named as co-host of Euro 2012. The owner considered the possibility of daily use of the arena. “Donbass Arena” includes three restaurants, a lounge-bar, a fan cafe, fast-food outlets, retail outlets, a fitness center, corporate boxes and first aid rooms. The stadium also provides facilities for corporate events – presentations, press conferences, celebrations and concerts. Stadium tours are available which include an examination of the unique features of Donbass Arena, a visit to the footballers’ rooms and FC Shakhtar Museum and a visit to the FC Shakhtar brand shop for souvenirs.

Donetsk (Ukrainian: Донецьк Ukrainian pronunciation: [doˈnɛt͡sʲk], translit. Donets’k; Russian: Доне́цк, tr. Donetsk; IPA: [dɐˈnʲetsk]; former names: Yuzovka, Staline, Stalino, see also: cities’ alternative names), is a large city in eastern Ukraine on the Kalmius River. Administratively, it is a centre of Donetsk Oblast, while historically, it is the unofficial capital and largest city of the larger economic and cultural Donets Basin (Donbass) region. Donetsk is a major economic, industrial and scientific centre of Ukraine with a high concentration of companies and a skilled workforce.

The city was founded in 1869 by a Welsh businessman, John Hughes, who constructed a steel plant and several coal mines in the region; the town was thus named Yuzovka (Юзовка) in recognition of his role in its founding (“Yuz” being a Russian or Ukrainian approximation of Hughes). During Soviet times, the city’s steel industry was expanded. In 1924–1931, the town was renamed in Stalino (Сталино). In 1932 the city became the centre of the Donetsk region. Today, the city remains the centre for Ukraine’s coal mining and notable steel industry centre.