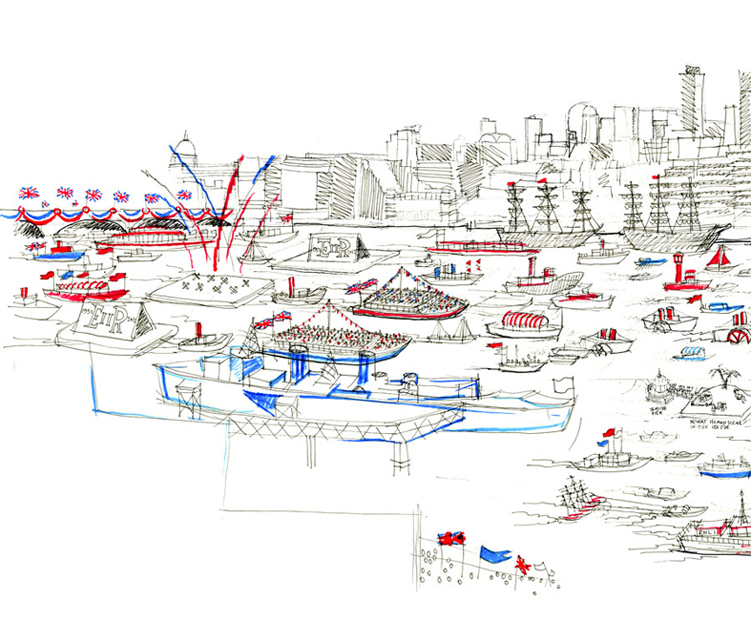 On Sunday 3rd June 2012, over one thousand boats will muster on the River Thames in preparation for Her Majesty The Queen to take part in the Thames Diamond Jubilee Pageant.

The formal river procession will be between 2pm and 6pm, starting upriver of Battersea Bridge and finishing downriver of Tower Bridge.

The boats will muster between Hammersmith and Battersea and disperse from Tower Bridge to West India Docks.

It will be one of the largest flotillas ever assembled on the river.

Here is an iPad App for this

Here are the participants…

Here are some key facts

And finally a FAQ