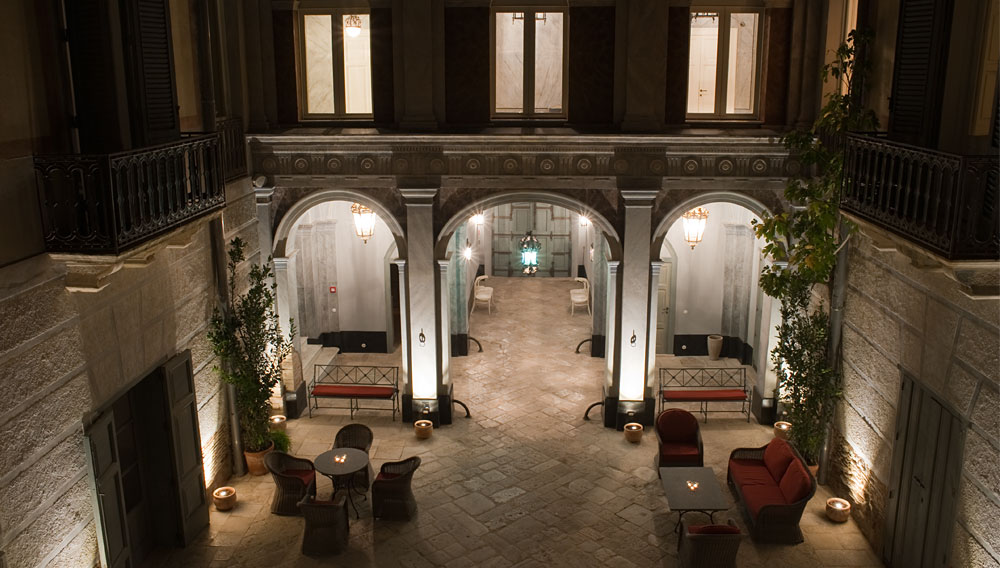 “I felt that the centuries of tourism in Italy had grown tired and the time was right for a stunning new region to show itself off; its wine, its food, its people.”
— Francis Ford Coppola

Palazzo Margherita is situated in Bernalda, a small hilltop town near the Ionian Sea in the Basilicata region of Southern Italy. Located in the province of Matera, which is famous for its ancient cave dwellings, historic houses and unspoiled villages, Bernalda is relatively unknown to tourists. It is just twenty minutes from numerous pristine, white-sand beaches; one can choose between quiet seclusion or beach-club action and shoreside tavernas. While the nearby region of Puglia has become popular for sightseeing, Bernalda is one of a few beautiful towns where the food and wine have remained authentic and untouched by mass tourism. The townspeople welcome visitors with a genuine hospitality that makes every guest feel like a local.