The pique of excellence – Abu Dhabi reaches for the stars 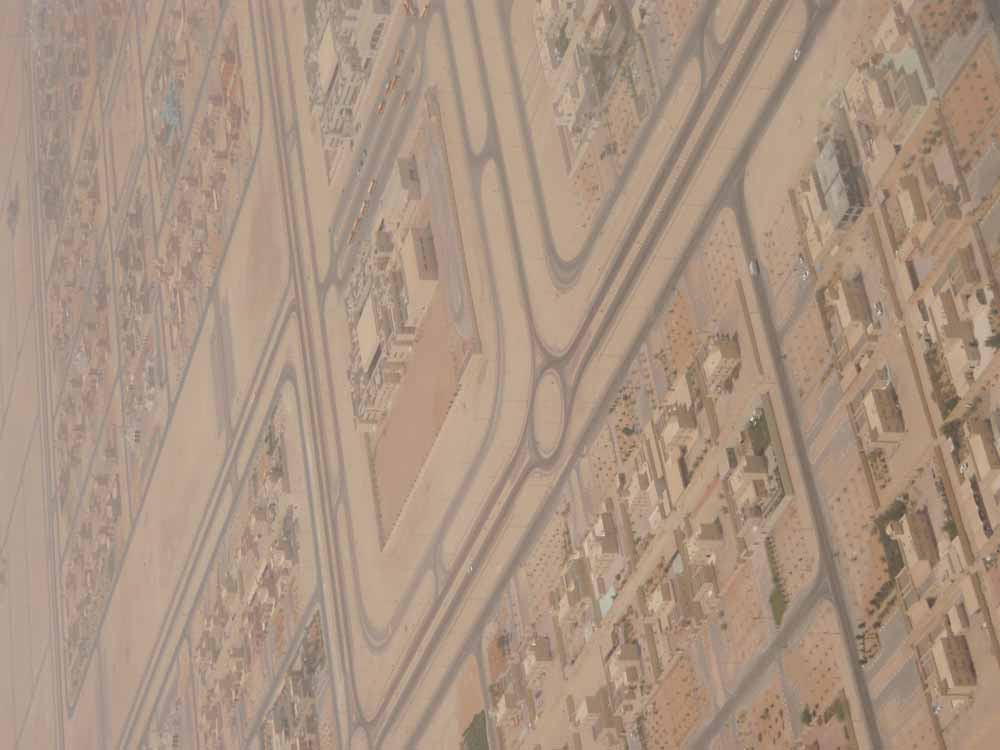 For years, the capital of the United Arab Emirates stood in the ­shadow of Dubai. The latter seemed literally to be exploding out of the desert. Its stellar rise to become the foremost financial and service hub in the Middle East initially captured the attention only of the international business press, however. No longer: Thanks to an impressive line-up of celebrities from the worlds of show business and sport, ever eager to lend their names to an endless stream of glittering megaprojects, the tabloid press too has now become equally obsessed. Tax breaks and the prospect of ludicrous speculative gains have attracted a phalanx of investors from the four corners of the Earth. Oil, once Dubai’s sole source of affluence, has lately contributed only five or ten percent to its princely revenues. An opaque brew of debt and private ­equity backed – at most major companies and enterprises – by the ruling Al Maktoum family nevertheless forced caution on all significant attempts by independent analysts to measure all this wealth. And, indeed, by no means all the usual suspects from the global investor community jumped on the Utopian bandwagon whose relentless acceleration appeared unstoppable.
Like other regions, the emirates too have, almost overnight, fallen foul of the banking and economic crisis. Even gilt-edged sheikdom is therefore having to take a breather. Here, where nearly every second construction crane in the world used to be in action around the clock, not a few of the vast ­mechanical arms now stand motionless. Donald Trump, who has seen a ­crisis or two, was the first to freeze his ambitious hotel project. Demand for ever more new luxury properties has slumped dramatically. On the other hand, the number of piqued investors seeking to jettison the real estate they had only just acquired is rising sharply. Dubai’s property developers are said to be sitting on an 80 billion-dollar mountain of debt. A. J. Jaganathan, CEO of EMAAR, the biggest of them all, counters by pointing to assets worth 350 billion. The way things look right now, however, (oil)-rich relatives in the UAE’s capital city are indeed going to have to lend a helping hand-out to their proud neighbors. Abu Dhabi is making beneficent noises. His Highness Sheikh Khalifa bin Zayed al Nahyan, ruler of Abu Dhabi and President of the United Arab Emirates, is allegedly rather taken by the idea of becoming at least the co-owner of Emirates, Emaar or the global player Dubai Ports World, three of the region’s very top corporations. All the same, Sheikh Mohammed bin Rashid al Maktoum will not have to bury his dream of seeing Dubai become the world’s leading financial hub. Further down the track, the ructions on Wall Street and in the City of London are more than likely to play into his hands.

While the world stood hypnotized by the glamour of Dubai, the UAE’s political epicenter was heading off at a thoughtfully considered tangent. Well aware that the fossil fuel beneath its feet is running out, Abu Dhabi has plunged into forward-looking technologies such as environmental research, invested in a raft of renewable energy projects (such as the wind park in the Thames estuary owned by Germany’s E.ON-Group) and even acquired an interest in photovoltaic companies in the Central German town of Erfurt. Its most spectacular coup to date came in 2007, however: Out in the desert, not far from the airport, the ground was broken for a project so astonishing that it would not be out of place in even the most far-fetched science fiction film.
Zero emissions, zero waste. Foster & Partners’ credo describes the new Utopia: A city completely free of CO₂ – and a city now taking shape under the planners’ guidance in the desert of Abu Dhabi. Responding to climate change and the foreseeable day when the black gold loses its sheen, the enterprising regents of what is still the single most oil-rich emirate are building a test-tube town – Masdar City, a 6.5 km2 metropolis with no air pollution or waste. A whole urban community whose air-conditioning is driven by desert-based solar panels, as are its seawater desalination plants, thanks to a shady construction design coupled with subterranean utility and waste channels. The latter in turn feed into energy recovery installations. The new Masdar Institute of Science and Technology (MIST) will be based here in «Tomorrow Town». In collaboration with the Massachusetts Institute of Technology (MIT), this school will pursue environmental and energy research with a focus on sustainability. Dr. Sultan Ahmed Al Jaber, the man in charge of the whole mammoth project, has 15 billion dollars at his disposal. The first set of residents should be able to move into their new homes this year. By 2015, they should number around 50,000. Cars will stay out of town. Though there will probably be a few electromobiles, virtually silent maglev railways will be the backbone of local mobility. In any case, if Al Jaber gets his way, no-one will have to stroll more than 200 meters to get from home to the office. It is questionable whether such complex communities will go down well with the Arab culture. Given the huge research projects ahead, however, who knows whether this high-tech city will still have room for more than a couple of thousand non-scientific «normalos» by 2015.

Abu Dhabi is also looking to tourism as a main source of future revenues, albeit in its own inimitable way. Whereas Dubai is already inundated by mass tourists, the al Zayeds prefer a more sophisticated breed of travelers. Playing the card of social commitment, the ruling family has persuaded partners in the West – yes, with money, but not money alone – that its projects have a bright and beautiful future. Abu Dhabi is working hard to become the art Mecca of the Middle East; some would venture to call it the world’s new cultural capital. Two standard-bearers of occidental culture – New York’s Guggenheim Foundation and the Louvre in Paris – have already been won over. Between 2012 and 2018, both will move into museums conceived of by Frank O. Gehry, Jean Nouvel, Tadao Ando and Zaha Hadid on Saadiyat Island, the «Island of Happiness», off the coast of Abu Dhabi. Some items will be loaned from the Louvre for a full 20 years. Rumor has it, however, that doubling the originally agreed 500 million-euro fee to a round billion was enough to mute the outcry by Parisian traditionalists.
Jean Nouvel’s Louvre blueprint weaves varying patterns into the translucent dome through which an ethereal light suffuses the interior, reflecting off generously dimensioned bodies of water. Joining forces with the wind, these elements create a separate microclimate. Hailed by the press as «poetic biomimicry», Zaha Hadid’s Performing Arts Center follows natural, organic forms. The windows in particular, modeled in a leaflike pattern, are an unmistakable pointer to the «green architecture» of the future. Nature is likewise the theme of Tadao Ando’s Maritime Museum, whose monumental main building will appear as a gate hovering over a broad expanse of water – a vividly topical rendering of the two essential elements that characterize Abu Dhabi’s landscape: the desert and the sea. Frank Gehry has adapted his successful Bilbao design to the dictates of the desert. The award-winning architect was, however, all too keenly aware of the tightrope-walk he was being called on to master: establishing a modern museum in a society deeply rooted in Islamic-Arabic traditions – and that as a Canadian-born Jew looking for a home for the art collection of American Jew Solomon R. Guggenheim.
Nineteen pavilions of differing sizes were designed by 19 young architects for the Venice-inspired Biennale Park. One of their number is Hani Rashid, an Egyptian who lives in New York. Nouvel’s dome symbolic of the cultures of the world dominates the entire complex. Through its ceiling, a diffuse, mystic light falls gently, a characteristic element of Arab architecture.
Concert halls, theaters, libraries and galleries complement the spectrum of cultural facilities. An elite educational establishment with strong leanings toward culture and the arts will be open to talented youngsters from all the emirates, vows Sheikh Sultan Bin Thanoun Al Nahyan, Chairman of the Abu Dhabi Tourism Authority. A 1.5-kilometer canal cuts a swathe through the museum district. The marina has moorings for 1,000 vessels and is flanked by villas for the more well-to-do. Housing planning anticipates a total of 150,000 inhabitants whom a ten-lane freeway will keep in touch with the mainland. No fewer than 29 hotels await visitors and tourists, headed – inevitably – by the myth of seven stars…

Spectacular new hotels so enthrall the world’s media that they are themselves a potent magnet for tourists. Abu Dhabi’s business district is already overshadowed by a roof construction, illuminated at night, in the shape of a stylized dhow sail, the logo of the Grand Corniche, the latest five-star luxury hotel. As early as 2005, however, Abu Dhabi had already raised the bar in the luxury hotel segment with a breathtaking complex of oriental-style buildings. The plans for the Emirates Palace focused not on the vertical, but on the horizontal dimension – lots of it. Boasting some 300 rooms and nearly a hundred suites, the Palace complex, perched on the al Ras al Akhdar promontory, is an unashamed indulgence in oriental splendor. For all the expensive marble and shiny gold fittings, however, it consciously foregoes the audacious luxury that has caused such furore elsewhere in the emirates. The external architecture, an object lesson in calculated understatement, is no less imposing for that. On the contrary, its innate majesty comes across as credible, authentic. Even on gloomier days, shrouded in the desert’s beguiling haze, the Palace retains a charm all its own. For the time being, the attempt launched in Dubai by Sol Kerzner and the state-owned Nakheel real estate company to upstage Abu Dhabi’s new symbolic emblem can safely be deemed a failure. The 20 million-dollar, 15-minute fireworks display staged in the presence of 2,000 hand-picked guests to mark the opening of the Atlantis on the artificial island of Palm Jumeirah was held in November 2008, on the eve of the banking market’s unceremonious tumble, as it turned out. As TV audiences the world over looked on in awe, who would have even dreamed that, within a few days, the astronomical prices would be evaporating and some rooms would, if one is to believe the Dubai-based «Gulf News», at least temporarily go for barely 42 dollars a night? Guests clad in shorts and flip-flops can hardly be the target group the developers originally had in mind. Many a full-paying guest at the Burj al Arab could likewise be forgiven for a disbelieving shake of the head: All the «Arabian hype» and even the (self-bestowed) distinction of seven stars falls rather flat as yet another group of camera-toting tourists hurries through the lobby for a quick lunch at one of the remoter function rooms. For those for whom enough is definitely enough, the opening, to a more distinguished clientele, of the 819-meter Armani Hotel, is clearly a welcome stroke of serendipity – even if the new tower’s claim to be the tallest building in the world will only be short-lived.
Clad in immaculate dishdashas, striding importantly through the endless expanse of the Emirates Palace lobby, Vertu mobiles pressed to their ears, the powers that be in Abu Dhabi have nevertheless long since turned their attention to yet another gargantuan project. By 2012, a new 1.2 million m2 city to accommodate 280,000 inhabitants is to be built on Al Reem Island, 600 meters off the coast, at a total cost of 20 billion dollars. To begin with, fifteen 42- to 68-floor residential blocks will look up to the 1,000-meter «Commercial Skyscraper». A marina is needed too, of course. A covered one, more or less in the front garden. Oh, yes, and – you’ve guessed it – another seven-star hotel.