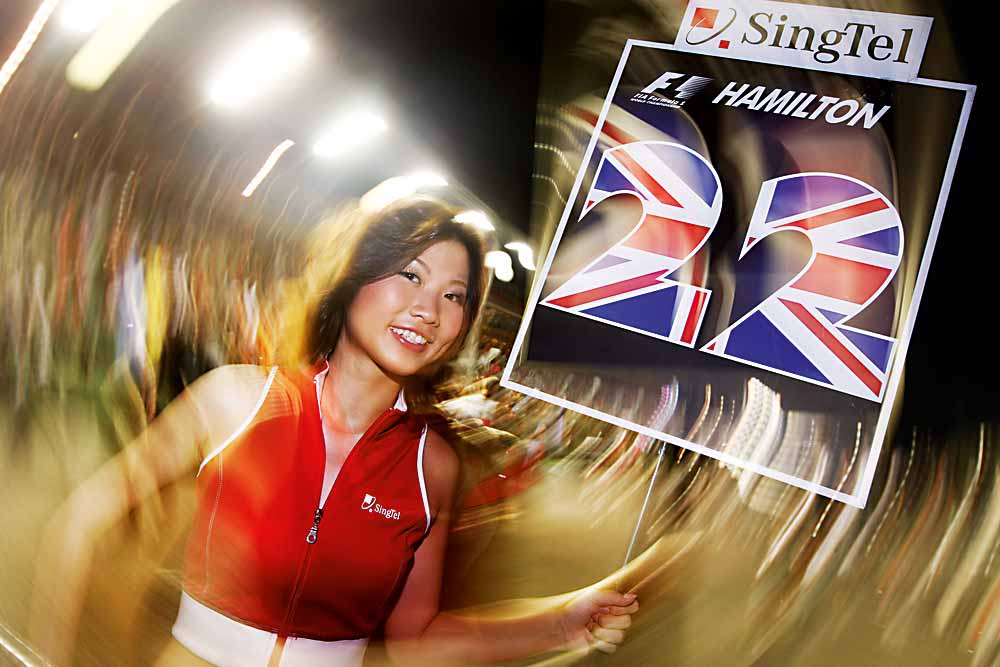 The idea was to lure both the world‘s jet-setters and well-heeled tourists. And indeed, thousands of Asian millionaires have already found asylum here, drawn by Singapore‘s wealth-friendly tax system and huge government spending to jack up the general standard of living. Outsized floodlights turn darkness to light for nightshift construction workers from every country you care to name. Here at least, there is still a lucrative market for luxury real estate.

For too long, Singapore‘s reputation was decidedly straight-laced. Its administration was the epitome of rigidity: Draconian punishment was meted out for even the most minor offences such as gambling. Now, however, «Marina Bay», a glittering new city-in-the-city, is bringing extra luxury hotels, leisure parks and even casinos on a reclaimed, ramped up
560,000-m2 promontory.

To promote the new image, the city fathers approved an idea by property billionaire Ong Beng Seng and, together with telecoms group SingTel, offered an undisclosed record fee to secure the Formula 1 circuit‘s first urban race in Asia. While they were about it, they also offered to write motor racing history by hosting the first ever nighttime race.

Never mind the 100,000 or so spectators who each paid up to 3,000 euros for their privileged tickets. The echo from the international media left comparable events standing: Singapore‘s audacious promotional gamble had definitely paid off. The once-so-insular city-state is stepping up to challenge even Monte Carlo as the motor sports venue to end all venues.
The contract signed with Bernie Ecclestone initially runs for five years. In 2009, Formula 1 racing cars will therefore again line up on the grid before hurtling at 180 mph through a city where even freeway traffic is otherwise restricted to 50 mph. At the latest when the BMWs, Ferraris and McLarens emerge from the gloom to scream past the Greek-style pillars of the supreme court and over the Anderson Bridge, heading for Marina Bay, the unique fascination of this nocturnal spectacle becomes apparent – preferably over ice-cold Champagne on the balconies and terraces of the Ritz-Carlton, the Raffles Plaza or the Fullerton…

A completely new and monstrously sophisticated floodlighting system was needed to make the race possible at all. The lights now in place are four times brighter than those in conventional stadiums. Understandably, therefore, artificial lighting was the predominant issue in the run-up to the event. Picking up on this theme, BMW Sauber and Credit Suisse set up «Casa Magica», a gigantic façade projection which explores the parallels and synergies that exist between a global financial player and a modern Formula 1 team. Created by artists Friedrich Förster and Sabine Weissinger, the installation is visible far and wide: perhaps a fitting symbol of the city-state‘s efforts to cast itself in a new light.