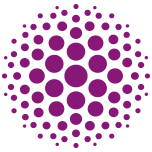 July 21, 2011–Ambrogio Calcaterra lounged on a signature Nikki Beach Club daybed as music thumped and a South Beach crowd indulged in a mix of Sunday brunch and sunbathing.

A resident of Italy who visits Miami regularly, the 38-year-old financial consultant said he has spent time at Nikki Beach outposts around the world.

“This,” said Calcaterra, “is my second home.”

He’s the kind of continent-hopper Jack Penrod, who founded the company, is counting on to fill rooms at nine hotels set to start opening next year in locations including Qatar, Croatia, Greece, Egypt and the Cape Verde Islands.

Nikki Beach made a similar announcement in the heady days of 2007, before a global recession took a whack at luxury spending. Four years later, only one hotel is open — Nikki Beach & Bungalow in Thailand’s Koh Samui island.

A location in Turks and Caicos closed in 2009, a year after it opened, when its developer and owner entered receivership.

And Nikki Beach stripped its name from a project in Panama when executives weren’t happy with the finished product, a dispute that ended up in court.